October 02, 2016
So this is not all my own original work. This is a bringing together of the ethernet gadget tutorial by lady ada at adafruit and the beautiful work by Mubix at room362 which uses Laurent Gaffie's from SpiderLabs responder.py scripts.

I'm still using Mubix's recipe of USB Ethernet + DHCP + Responder == Creds but here we are using a £4.00 Raspberry Pi Zero instead of the USB armoury or the HAK5 LAN turtle. Both are awesome products.

Please note that this only works on the RPi Zero. Other RPi's will not work!

1.0 Setup the the RPi Zero for Ethernet over USB


Download and install the latest Jessie Lite from here onto an SD Card.

Pop the card out of the card reader and re-insert it to mount it. Take your favorite text editor and edit the following two files in the boot partition.

Go to the bottom and add dtoverlay=dwc2 as the last line: 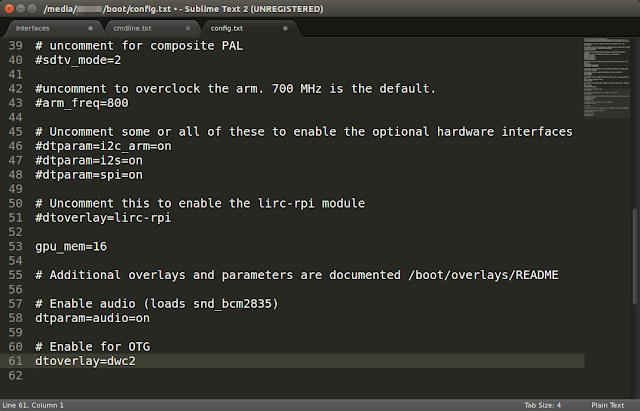 Save the config.txt file.

After rootwait (the last word on the first line) add a space and then modules-load=dwc2,g_ether 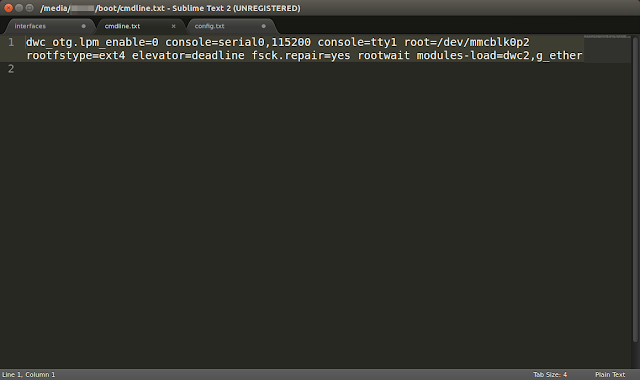 Save the cmdline.txt file.

Eject the SD card and pop it in your RPi Zero.

Your RPi is now setup to be recognized as an Ethernet over USB device, but we have unconfigured network interfaces at both ends so you probably wont be able to do much with it just yet.

Let's boot up the RPi Zero and connect it to the internet to install a DHCP server and grab the responder scripts while we are at it.

2.0 Preparing the RPi for Attack


For this section I connected my RPi to my ethernet switch using the OTG cable and a USB to ethernet converter and sshed to it. You could use a wireless dongle. 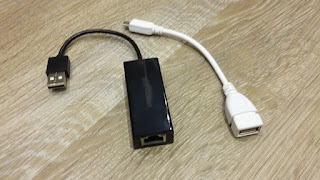 I'm not using the newly created usb0 interface until we are ready to deploy.

Sure you could share the internet from your PC with the RPi over your newly created USB0 interface, but thats a whole load of configuration with routes and iptables that we would then need to undo when we want to deploy the RPi.

We are going to create a static ip address on usb0 and install dnsmasq as our dhcp server.

Create a static config for usb0

Find the USB0 section or create it to match the following 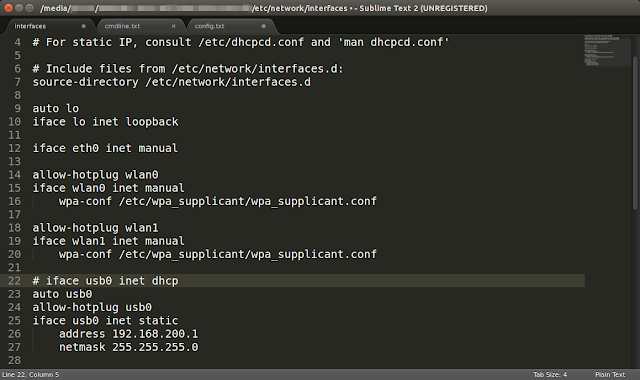 Of course you can configure whatever ip address and network you want in here, just make sure that it is consistent with the details that you configure in the DHCP server.


We are using dnsmasq as our DHCP server which we will also use to point clients to the responder.py for poisoning.

Throwaway the default configuration and use the following:

Note that the IP addresses have to be consistent with the static IP address you configured on the usb0 interface. Importantly for the wpad.dat attack to work is the dhcp-option 252 which points at the IP address of the Pi to allow the responder script to attack it.

Also notice that port=0 configures dnsmasq to not be a DNS server as we want responder to be the poisonous DNS server.

The following download responder.py and install the necessary dependencies


The responder script currently detects if the responder.db file exists and creates it if not, if responder.db is an empty file it doesn't create the tables. The easiest way to deal with this is to delete the file /root/responder/Responder.db and allow the script recreate it correctly.

2.3 Putting it all together

To get responder to startup when the the RPi boots and shutdown once crds have been obtained, add the following to /etc/rc.local

The inotify checks to see if the Responder.db has been updated and shutsdown the Pi. Because we are letting responder create the Responder.db file this won't work the first time we deploy the RPi.

To see what the commands are doing you can use screen to watch what is going on:


You can manually check the contents of the sqlite database with the command:

However the log files under /root/responder/logs contain a file that is perfectly formatted for cracking with John the Ripper Jumbo.

This will take some time...


Just plug the RPi Zero into the target machine using a standard micro usb cable in the usb connection. No power is needed. The RPi is powered via the usb port like so: 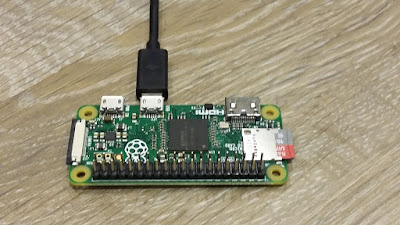 Give the RPi about 20 seconds to boot up, then wait. If you watch the screen on the target windows PC you will see the Ethernet gadget install and then within about 10 seconds you will see the PC trying to configure the proxy. All being well the RPi should detect the update to Responder.db and shut itself down. Unplug the RPi.

This will work regardless of whether the screen is locked or not allowing us to snag the network hashes.

On domained PCs windows NLA may kick in detecting a new network and stopping the wpad.dat attack from working, however leaving the RPi plugged in for a short while will provide a wealth of details about the network for further analysis.

I've had pretty good success with this on various windows machines, however I've found that this doesn't work well on VMs, perhaps something to do with the Ethernet gadget drivers.

I'm also looking for better ways to target domained up PCs to stop the network detection kicking in and preventing this from working. Let me know if you have any ideas!

Popular posts from this blog

March 27, 2017
Password munging is the art of changing a word that is easy to remember until it becomes a strong password. This is how most people make up passwords. Munge stands for M odify U ntil N ot G uessed E asily. The trouble is that it doesn't work very well. We can guess the modifications. Password selection. Take the average office worker that is told that it's time to change their password and come up with a new one. They have just been on holiday to New York with their family and so following common advice they choose that as their password. newyork No! They are told they must include capital letters NewYork No! They are told they must include numbers N3wY0rk No! They are told they must include a special character N3wY0rk! There, now that's a password that meets security requirements and our office worker can get on with their actual job instead of playing with passwords. Scripting similar munges There are a number of ways that they could munge the
Post a Comment
Read more

Wiggling your pointer with a Mouse Jiggler

March 28, 2017
What is a Mouse Jiggler? A mouse jiggler basically simulates physical movement of your mouse to prevent the computer from going to sleep, the screensaver from starting or the screen from turning off. They can also be handy if someone measures the idle time on your computer and you need to look busy, just saying. Law enforcement use them to stop laptops and servers from going to sleep when making "lights on" arrests. This is especially important to avoid losing hard drive encryption keys. They have also been used by companies wishing to maintain access to machines that they dont have the password for when employees leave. If the machine is awake, we can keep it that way with a mouse jiggler. There are basically two kinds, hardware and software. Hardware devices retail for $20-$40 but you can make your own for less than $6. All you need is some kind of ATMEGA32U4 arduino device. A quick check on ebay/amazon will reveal dozens of devices in all different form factors.
Post a Comment
Read more

Th3 S3cr3t Ag3nt
I'm an ethical hacker working protecting the good guys. This blog is for side projects with a security leaning. All views are my own.